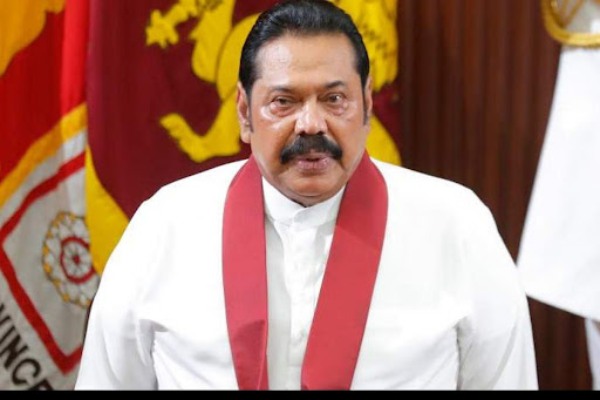 As we all know that shri Lanka economy condition is getting real bad day by day. As per the PM of Shri Lanka appeals to citizens not to protest because every second they protest they lose dollars. Currently due to massive protest by citizens who have taken to streets because of fuel and food shortage, this was really big problem in the Shri Lanka. Protesters asking PM to resign.

Prime Minister of Sri Lankan Named Mahinda Rajapaksa assured the citizens of Sri Lanka’ said that government is working really hard to solve the current problem. He added that every second you protest on the road we are losing so many dollars.

Growing pressure on him to quit unprecedented economic crisis, Prim Minister appeal to calm the agitating people who are protecting on the street over long power outages and unavailability of food and basic essentials, I think shri Lanka and Pakistan has become the example of what can be happened if you do not take of your economic condition. Their citizens are suffering from the crisis, They have to take some vital steps to fix the problem or it can be really worst in upcoming time.

Due to the extreme high price of fuel and the food, the citizens have focused their anger on the ruling Rajapaksa family. The president dismissed his brother as finance minister last week while his nephew quit as sports minister. As per the current condition of shri Lanka’s seems it will be difficult them to recover from such a big crisis.

Prime Minister of Shri Lanka also said that their government also fought with Coronavirus pandemic to keep their citizens safe. Due to this pandemic they were unable to avoid falling into economic depth.

About the Current Condition of Shri Lanka

As per PM of Shri Lanka’s current condition has become really bad because providing fuel have arrived at the port , but due to the crisis they are unable to clear it for want of foreign exchange.  He also add that when he addressed following the 2010 presidential election after the culmination of the war. He promised future free of power cuts.

He said that he understand the fatigue of the people who have been queuing for long days for fuel and even for the basic needs of essentials, they have asked other parties to come forward and unity to address the current condition and he also said that its not the time to prioritize the party affiliations its time to unite to save the country, and its time to build up the economy back on track.

You would be wonder to know that around 30 years of terrorist threat and fear of death that existed among the people of shri Lanka. He also add that they build highway, modern Infrastructure not for stand in queues on those road. He said we build good ports not to suffocate supply chains and half tankers carrying fuel because we are not able to pay for that. Last he said that we will fight and we will overcome from this crisis for sure.