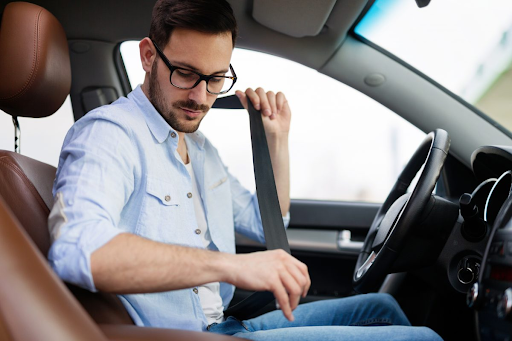 When was the last time you read your driver’s ed manual? If you’re like most people, it was right before you took (and passed) your driver’s license test.

Unless you’re training a soon-to-be new driver, you’ve likely put that time of your life back in the rearview mirror. The problem with this common behavior is that when you forget certain road safety rules, you can end up with a ticket for violating them.

Some of the rules of the road are obvious: Stay in your lane, and use your signal light before turning. However, there are a few safety expectations that even experienced drivers sometimes forget.

You don’t need a “crash course” in driver’s ed again. Use this short guide as your refresher to ensure you aren’t accidentally breaking any road rules.

1. Speeding is Against the Law

Well, yes, we know this. But the longer you drive, the more it seems like the “five miles over” allowance becomes the actual legal requirement.

When you forget that even one mile over is illegal, getting pulled over for speeding is upsetting. The fact is that a law enforcement officer probably won’t waste their time ticketing a 67 in a 65 driver, but they most assuredly can.

Breaking this law becomes a more serious issue when you’ve been in a car accident. How far over the speed limit you were going will impact your consequences, especially if you were at fault.

In cases that are already complicated, such as Uber and Lyft accidents, your speed limit matters significantly. Personal injury attorneys with rideshare law experience, like JT Legal Group, can help you win your case, but you’ll have the best results if you weren’t speeding when the accident happened.

No matter what country you’re in, red means “stop.” This makes it easy for everyone who sees a red sign to know that they have to stop what they’re doing.

The longer you’re driving, the more comfortable you get with things like “California stops,” an almost-but-not-quite total stop, wait, look, and continue on movement. It’s more of a rolling stop, and it’s illegal.

Four-way stops are other opportunities for confusion. Who goes first when everyone is waiting? By law, the first vehicle that arrives has the right of way. When two cars get there simultaneously, the car on the right legally goes first. The legal system will use this guide to determine fault if there’s an accident.

Lately, modern vocabulary has adapted the term “tailgating” to mean watching a sporting event in the arena’s parking lot. The original term refers to an illegal driving move that many drivers forget is unsafe and engage in anyway.

Tailgating occurs when a driver follows too closely to the car in front of it. This dangerous driving action accounts for many highway crashes, especially in poor weather conditions.

As a general rule, you should have at least two seconds of a gap between you and the car in front of you. Three seconds is the preferred time. To know how much space you have, look at a fixed object on the road, like a tree or a bridge.

When the rear bumper of the vehicle you’re looking at crosses the object, start counting. You shouldn’t cross the same object until you are able to count to two or three. If you do, you’re tailgating, and if there’s an accident, you’ll likely be the one getting the ticket.

The laws surrounding how you should behave if an emergency vehicle is on the road vary by state. Many states require drivers to move to an unconnected lane if they pass an emergency vehicle stopped on the side of the road. If moving over isn’t possible, slowing down is essential.

These laws were implemented primarily because so many emergency personnel were injured or killed when attending the scene of an accident. They take these rules seriously.

Should you pass an emergency vehicle with its lights flashing and you’re not sure of the state’s laws, pulling into a far lane is a good start. Yield the right of way, slow down, and let them do their job without worrying about your vehicle.

You’ve been driving for a long time, and you’re pretty good at it. Be proud of your clean driving record; you’ve worked hard to keep it that way!

Still, forgotten laws have been the downfall of many previously stellar records. Avoid making the mistakes other experienced drivers have made, and don’t forget about these four road safety tips.

How To Go Whale Watching In San Diego?